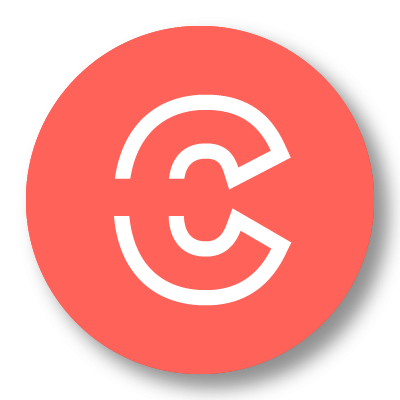 Increasingly, people use credit and debit cards to store and transmit the information required for transactions. As an illustration, the world’s top 6 credit card brands (Visa, UnionPay, Mastercard, American Express, JCB, and Discover) accounted for over 440 billion purchase transactions worldwide in 2019.

Unfortunately, this makes these cards attractive targets for criminals looking to commit fraud. One way they do so is through card cloning.

Here, we’ll cover what card cloning is, how it works, and how to prevent it.

What is Card Cloning?

This information is then copied onto a new or reformatted card, allowing criminals to use it to make fraudulent purchases or gain unauthorized access to a person’s accounts.

The most widespread version is credit card cloning, though debit card cloning is also common. Any type of card that can be used to authorize a payment or account access – even a gift card – could be a target for card cloning.

How Does Card Cloning Work?

The most common form of card cloning is known as “skimming” and generally works like this:

So how does card cloning work in a technical sense? Payment cards can store and transmit information in several different ways, so the tools and methods used to clone cards can vary depending on the situation. We’ll explain below.

Most payment cards have a magnetic strip that runs along the back. This strip stores and transmits analog transaction information, in much the same way as a cassette tape stores an audio signal.

Unfortunately, this method offers no encoding protection, so it is easy to clone magstripe-only cards using even a rudimentary skimming machine. That’s why these types of cards are being phased out in many places.

An EMV (Europay, Mastercard, and Visa) chip is a microchip installed in newer payment cards. It dynamically encrypts each transaction made with the card. This makes it difficult to access the actual authorization information, even if a criminal attempts to clone the card.

It’s not foolproof, though. Thieves have developed devices called “shimmers” that operate in much the same way as skimmers, but work on cards with EMV chips. They have also figured out how to transfer the digital information on an EMV chip to an analog magnetic strip. This effectively clones the card while bypassing the security provided by the EMV chip.

The newest payment cards are equipped with radio frequency identification technology (RFID). This allows them to transmit transaction information to a card reader simply by being nearby, without physically inserting the card in a slot. This helps to avoid skimmers and shimmers but is still not without its vulnerabilities.

Criminals have developed an RFID-enabled card cloning device they can conceal on their bodies while walking down the street. This allows them to steal information from RFID-enabled cards just by being in close enough proximity to their owners.

There are several ways to capture the information needed to make a cloned card. A thief may simply look over someone’s shoulder to learn their card’s PIN, or use social engineering tricks to coerce a person into revealing this information. They could also install a fake keypad on an ATM or point-of-sale device to copy the PIN of anyone who inserts a card.

Criminals attach a skimmer device to a merchant’s point-of-sale device, sometimes as easily as plugging it into a USB port. To make things even easier, they may recruit one of the merchant’s employees or technicians to install the skimmer and retrieve the stolen data for them.

Then, when a customer swipes their payment card through the machine, the skimmer copies their card details. This information is then relayed to (or downloaded by) thieves, who use it to clone cards and then make fraudulent purchases or steal money from bank accounts.

Some creative fraudsters are modifying fake POS terminals to have the credentials of real merchants. Then they conduct fraudulent return transactions to load gift cards or debit cards, then cash out the stolen money at ATMs.

Fraudsters use skimmers at ATMs to capture information off bank cards in order to illegally access other people’s bank accounts.

Usually, the skimmer is placed over the top of the original card reader but is so similar in size, color, and texture that it’s challenging to detect. The skimmer could also be installed inside the terminal, or along exposed wiring.

Criminals may also install a tiny hidden camera in the front of the ATM, or nearby in view of the keypad so that they can record a victim’s bank card PIN. Alternatively, they may install a fake keypad on top of the original keypad to record a victim’s key presses, thereby stealing their PIN.

“Pay at the pump” is expected at major branded gas stations, and fraudsters are taking advantage of that to clone cards. Often, the skimmer they install will be within the internal wiring of the payment processing machine, so customers won’t know that it’s there.

For this reason, it can be safer to just pay the store attendant with cash, rather than using a credit or debit card at the register or the pump.

How To Prevent Card Cloning

Unfortunately, it is likely impossible to eradicate card cloning fraud. Even now, criminals are finding ways to breach the most current card security standards. So the best approach when it comes to preventing card cloning is a comprehensive risk management strategy.

1. Use and invest in new card security technologies

New security standards like EMV chips and RFID technology make it harder for criminals to clone cards. But, again, they aren’t entirely stopping thieves from finding workarounds. So this should be just one part of an effective strategy to combat card cloning.

Companies, especially financial institutions, should periodically take stock of the points at which they take card transactions, such as ATMs and point-of-sale machines. They should secure these points to make it more difficult to clone cards. An example is ensuring that these devices can process more secure EMV-chipped cards or touchless transactions.

Consumers should be made aware of how card cloning works, how big of a threat it is, and how they can protect themselves. Offer tips such as:

Analyzing a customer’s transaction data – now often done through machine learning – can reveal patterns in how they use their card. These include:

These traits can be used as a baseline for what “normal” card use looks like for that customer. So if a transaction (or series of transactions) shows up on their record that doesn’t match these criteria, it can be flagged as suspicious. Then, the customer can be contacted to follow up on whether the activity was legitimate or not.

Quickly Detect and Respond to Card Cloning Fraud with Unit21

Equip your risk and compliance teams with Unit21’s transaction monitoring solution that puts them in control with no-code rule definitions and detection workflows. To see it in action, book a demo with us today.

How To Detect Anomalies in Payment Transactions
Best Practices to Deter Card Payment Fraud
The Complete Guide to Transaction Monitoring: Everything to Know