How Neobanks Can Combat Fraud While Achieving Business Growth 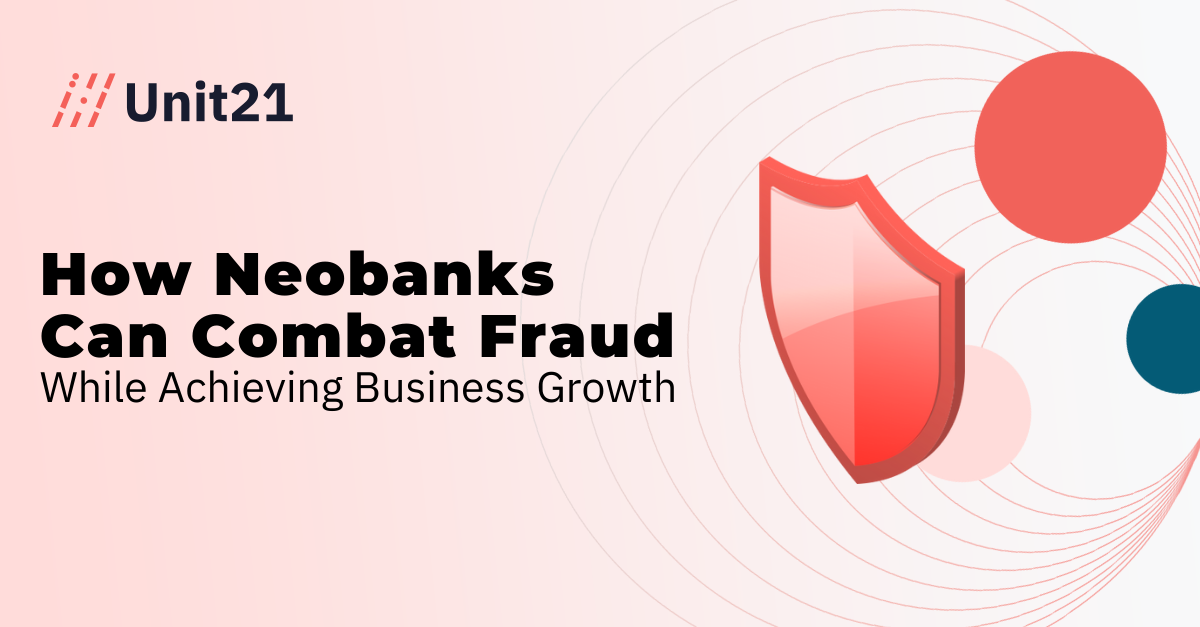 Neobank Growth, Meet Fraud. You Two are Gonna Hate Each Other.

If you work in the rapidly growing, $67-billion-dollar neobanking industry, you’re probably no stranger to the concept of fraud.

In 2020 alone, nearly 3000-fraud related complaints were made against two of the top neobanks. And rates of fraud in neobanking are almost double that of credit card companies—averaging a fraud rate of 0.30% versus the historical average of 0.15%.

With numbers like that, one could argue the future of neobanks lies not in achieving growth but in conquering fraud.

The push for neobanks to combat fraud isn’t just out of self-preservation.

After all, neobanks should, ideally, solve the financial wellness problems of an increasingly gig-based, remote economy—not become a lawless playground for internet fraudsters. Pressure was applied to that end earlier this year when PayPal was forced to disclose that it had 4.5 million fake accounts on its network.

This comes after they lost $6 million to fraud in 2020 alone.

Combine that with the revelation that other challenger banks in Europe are facing fines up to €4.5 million¹ or being dropped by prominent vendors for not doing enough to prevent fraud², and the incentive to better protect against suspicious activity is definitely there.

What Can Neobanks Do About Fraud?

So how does one marry the best parts of neobanking—the access, the democratization of financial security, the frictionless signup processes—with the desire for more secure platforms.

Usually, objectives like “more control” and “ease of access” are like oil and water. They just don’t mix. That is until a no-code anti-fraud solution came along.

Currently, most neobanks are forced to reckon with fraud detection systems that leave a lot (and we mean “a lot”) to be desired.

Let’s put it this way: your job is to implement tools that reduce risk and improve compliance of your challenger bank. The tools you’re given to do that? Well, they have a 95% fault rate³. Never, you say. No sane institution would leave such a high priority as risk and compliance to such a faulty system.

Unfortunately, that’s the case for most. Call it a hangover from traditional banking AML systems, which stop an abysmal 10% of all suspicious activity (indeed, a failing grade if you were back in undergrad).

Now that we’re up to speed on neobank fraud, what are you going to do about it? For starters, let’s make a list (or dream board, whatever you want to call it).

Okay, you’ve got the goals written out. If they’re on paper, even better. Now, you turn to Unit21. Why? Because Unit21 does everything on that list and more.

Examples of Neobank Fraud and How Unit21 Helps

Unit21’s no-code platform lets the fraud prevention specialists on the front lines create dynamic fraud detection systems fast with the ability to track any data of interest. Here are three example scenarios where our platform could have helped.

To boost account openings, Paypal gave a small signup bonus to those who opened new accounts. Fraudsters took this as an opportunity to make a large number of fake accounts in order to pool those small signup bonuses together and cash out a large amount from the payments provider. This resulted in multiple accounts from the same IP address and geographic location. Here is how  Unit21 could have assisted in catching these 4.5 million fraudulent accounts.

Zelle had an issue with fraudsters using social engineering to trick innocent victims into sending them money. To avoid detection, these bad actors were spoofing Zelle accounts and faking ownership of emails and phone numbers. Again, with Unit21 a team can:

A type of fraud in which people are duped to send money to criminals who convince them they are in a genuine relationship. We touch on this in-depth in our Romance Fraud blog. Platforms such as Monzo and Revolut are no stranger to these bad actors.

The question remains, then, do you want to effectively, efficiently, and affordably reduce fraud losses by 50% for your company? Then send us a note. We’d love to chat.

Chalmers is a Senior Solutions Engineer at Unit21 who has seen fintech evolve over the past few years with his time as CTO at Due.com and as an early engineer at Unit21.