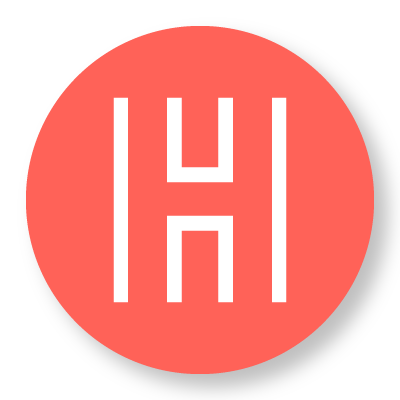 Some people like to believe that slavery is a relic of colonial times. The unfortunate truth is that it still exists in the form of human trafficking. People from all countries and all walks of life can be seduced, controlled, and exploited for manual labor, sex, abetting criminal activity, or even their own body parts.

What is Human Trafficking?

Human trafficking refers to illegal activities used to control a person’s movements in order to exploit that person, often through forced labor or commercial sex. It involves deception, violence, or threats to capitalize on a victim’s vulnerabilities and keep them from escaping exploitation.

The primary differences when it comes to human smuggling vs. human trafficking revolve around consent and freedom. Victims of human trafficking are coerced into doing things against their will, usually through force or manipulation.

On the other hand, smuggled people often freely choose to be smuggled between countries and territories to escape oppression, conflict, poverty, etc. Smuggled people are also generally left to do as they please by the smugglers once they reach their destination.

With that said, many of the abuses associated with human trafficking are also often seen in human smuggling. Smugglers often force migrants to labor as payment for getting them illegally across borders. Migrants who are poor and desperate are also vulnerable to trafficking activities in their new jurisdiction.

How Does Human Trafficking Work?

So how does human trafficking happen?

It’s a crime that takes advantage of people’s insecurities to force them out of their current situations or trick them into thinking they can get better lives. Either way, the victims end up in exploitative environments that are difficult to escape due to violence, threats, isolation, theft, and other controlling behaviors.

Traffickers typically target people who live in vulnerable circumstances and have unmet needs (psychological, emotional, economic, social, etc.). They may contact victims directly, or through indirect methods such as classified advertisements. They often falsely promise things like friendship, love, money, or job opportunities to appeal to what’s missing in victims’ lives and gain their trust.

Next, traffickers use various techniques to separate victims from familiar people and places. They may physically transport victims to rural or isolated areas, but not always. Traffickers can also create situations where victims become dependent on them. These could include getting victims addicted to drugs; claiming that victims need to repay them for affection, gifts, favors, or services; and stealing victims’ money or ID documents.

In the last step, traffickers use coercive practices to force victims to do things against their will. They may physically, mentally, or emotionally abuse victims, or threaten to if victims try to escape or seek help. They may threaten to reveal sensitive information about victims, some of which could lead to criminal charges or deportation in certain countries. They may even threaten the safety of victims’ friends or family members.

The Three Elements of Human Trafficking

In brief, human trafficking happens when a person commits an act towards putting or keeping someone else in an exploitative situation. They must have a means of taking advantage of the victim’s vulnerabilities. And it must be done for some purpose that results in financial, material, or other benefits for the traffickers.

The table below summarizes these points.

Human Trafficking Statistics: The Extent of the Problem

Human trafficking is a worldwide problem. Though it affects certain regions and demographics more than others, no country or person is entirely safe from it. To illustrate, here are some human trafficking facts:

One more significant fact: in contrast to the above stats on the worldwide prevalence of human trafficking, a relatively small percentage of cases are actually reported or even result in criminal prosecution. This is because many victims don’t come forward for several reasons:

Human trafficking can happen to anyone, anywhere. However, certain groups of people are more often targeted by traffickers because of their vulnerable individual and/or social circumstances. They include:

In addition, there are human trafficking red flags that may indicate someone is being trafficked; we’ll discuss some of them below.

Signs of Human Trafficking: Red Flags to Watch For

Human trafficking victims seldom report offenses themselves because they lack the appropriate resources to do so, or are scared and untrusting of outsiders. However, there are signs of human trafficking that other people can be aware of and report if they witness them.

How to Prevent Human Trafficking

Some ways that financial institutions can shut down the financial side of human trafficking include:

Examples of Human Trafficking: Real-Life Cases to Learn From

To put everything together in context, here are some case studies on human trafficking incidents and patterns.

Tonya first met Eddie in Dallas, Texas, when she was 13 years old. He lived in the same apartment complex, and his stepdaughter was her classmate in school. Two years later, after running away from home, Tonya ran into Eddie again at a bar. Soon after, they moved in together and started a relationship.

One night at a party, Eddie pressured Tonya into having sex with another man for money. What was supposed to be a one-time event turned into weeks of captivity, forced prostitution, and physical abuse. Tonya accepted it all because she hoped it would make Eddie love her, and that they would make enough money to live a better life. In 2015, Eddie was arrested and sentenced to 12 years in prison.

This human trafficking case highlights how the crime can happen even in developed countries like the US. It also shows how traffickers will often target people they already have connections with. Finally, it illustrates how the victim may not know or care that they’re being exploited because they feel materially or emotionally dependent on the trafficker.

This case involved members of the Domotor family trafficking people out of their native Hungary to work for their construction company in Hamilton, Ontario, Canada. The traffickers paid for victims’ flights into Canada and coached them to lie to immigration officials that they were refugees. This allowed them to apply for employment insurance.

Afterward, the traffickers used threats against the victims and their families to confiscate their identity documents, confine them to cramped quarters, and malnourish them. The victims were forced to work 14-hour days, and even steal cheques from mailboxes. Meanwhile, the traffickers kept the defrauded employment insurance money the victims were supposed to receive. In 2012, eleven members of the Domotor family were convicted of human trafficking involving forced labor, the first such conviction in Canada.

This case demonstrates how migrant workers are among the most vulnerable people to human trafficking – again, even in developed countries like Canada. It also illustrates the importance of having KYC and anti-fraud checks in place to identify and prevent these kinds of exploitative arrangements.

From Smuggling to Slavery in Libya

Migrants from Sub-Saharan Africa on their way to Europe often pass through Libya. In many cases, they have paid (or promised to pay) a smuggler to get them illegally across borders. En route, however, they are prone to being kidnapped by criminal organizations or traded between smugglers. They may be detained in camps and told their family has to pay a ransom to get them out.

In the meantime, migrants may be forced to work at demanding jobs for no pay, or provide sexual services against their will. They are often subject to violence and inhumane working conditions. Some are even sold to work as unregistered domestic servants. This exploitation sometimes ends once the ransom is paid, or it can continue for months or even years.

Human traffickers often use forms of fraud and money laundering to conceal the criminal nature of what they do. So it’s essential to have a robust anti-fraud/AML system that combines features like KYC checks, behavior-based transaction analytics, and SAR filing. This not only can help stem the flow of illicit money that makes human trafficking possible, but it may also expose that human trafficking is actually happening in a particular area.

‍Contact Unit21 today for a demonstration of how our platform is a powerful system for rooting, identifying, and helping organizations prevent financial crime.