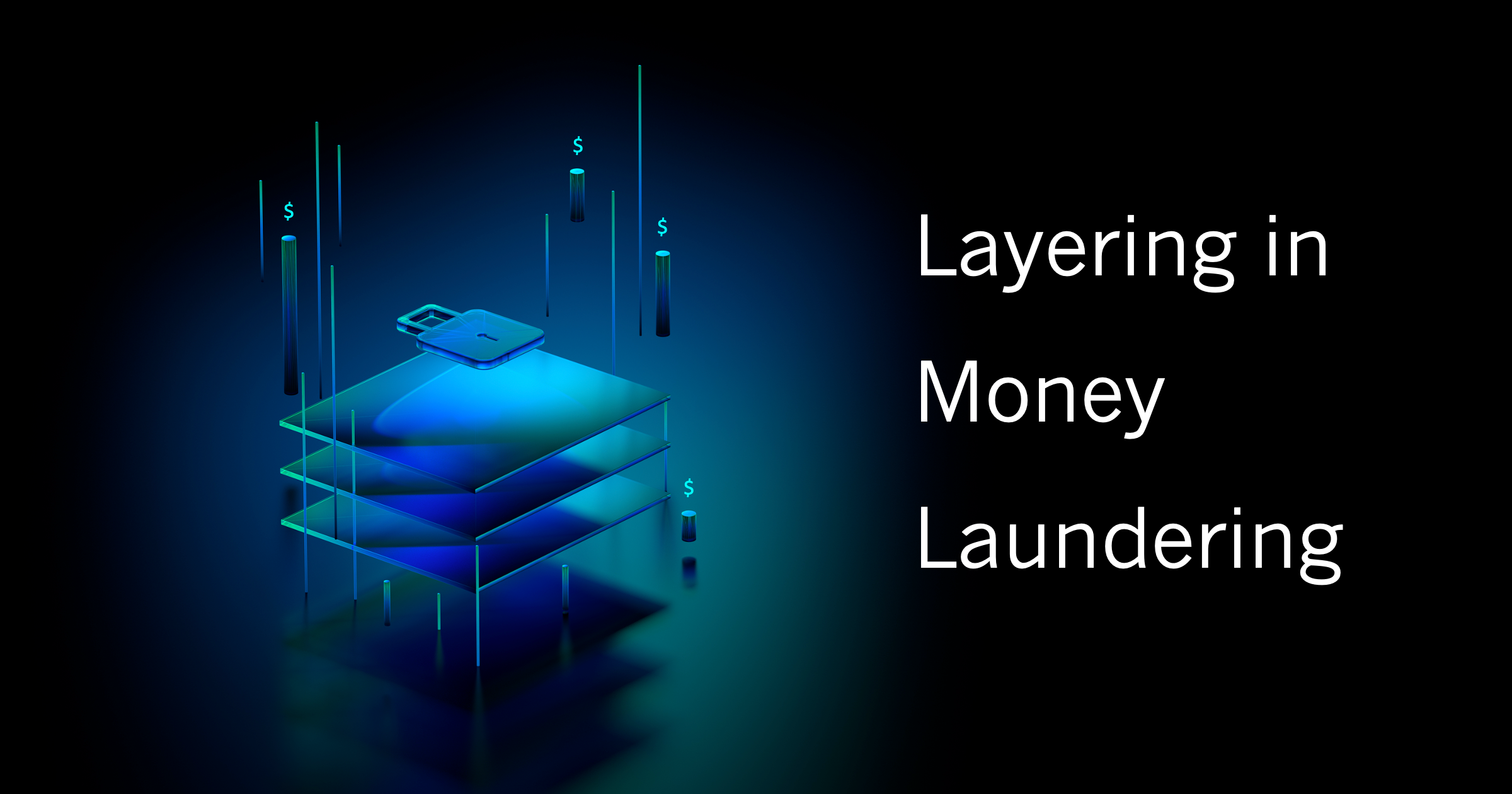 Money laundering is a key component in crimes that generate significant financial proceeds such as extortion, theft, human trafficking, and drug trafficking. Criminals often use money laundering in order to avoid being caught by the authorities and in order to use illegally made money in the legitimate economy.‍

Layering in money laundering is the process of gradually legitimizing the origin of illegal money, making it as challenging as possible to detect.

While it does distance criminal proceeds from their origin, the primary purpose of layering is to reinforce the appearance of legitimate finances by passing money through “layers” of transactions or financial instruments.

Pre-Layering: The process of money laundering starts after the obtaining of illegal funds from criminal activity, when criminals seek to introduce these illegal funds into the legitimate financial system.

Placement: Placement is the first stage in the anti-money laundering process, where a criminal places illegal funds in the legitimate financial system. There are many ways money can be placed, including:

Placement distances funds from perpetrators and makes them more liquid so that they can be transferred or transformed into other forms of financial assets. Illegal funds are still traceable back to their source at this stage.

The Process of Layering

Layering deliberately incorporates multiple financial instruments and transactions to confuse AML controls often rendering it the most complex component of the money laundering process. There are many approaches to layering available to money launderers including:

The layering process must become more complex and diverse when money launderers need to cleanse large sums of money. Layering methods can sometimes be nested within each other.

Detecting Layering: There are strategies to identify layering activities despite the intent to confuse and frustrate AML controls. AML programs can be set up to monitor for certain red flags or tell-tale signs including:

Additionally, AML analysts may be able to pick up on contextual information, such as information they include on official documents, or comments customers make about their transactions. The ability of frontline employees to spot these contextual characteristics is crucial, despite screening and monitoring software being an integral component to AML.‍

An Example of Layering in Money Laundering: Withdrawing multiple small amounts of cash from accounts where illegal funds were deposited during placement is a common layering strategy. Each withdrawal will often be done in $100 bills, and in total amounts too small to trigger AML alerts.

This cash will be electronically moved to an account offshore, where it will be consolidated, and then used to purchase a high-value item or items.

An AML program might monitor for red flags, like funds deposited and withdrawn rapidly and in exact amounts in order to identify layering as part of a money laundering process.

After sufficient time in the layering process, criminals can start the next stage of the money laundering process known as integration. Through integration, criminals can remove their funds and place them back into the financial system as legitimate money. They will likely still use placed funds to make high-value purchases, such as real estate, luxury goods or residential or commercial property despite layering costs potentially decreasing the value.

AML programs may again be especially effective at spotting laundered money via Know Your Customer (KYC) checks and, where appropriate, enhanced due diligence (EDD) since criminals will likely engage banks and financial institutions at this point.

Using an automated KYC and AML solution is an opportunity to ease the pressure on compliance teams, eliminate errors, and add speed and accuracy to the process given the vast amounts of data involved in the detection of layering in money laundering.

Learn how you can
transform your risk & fraud challenges