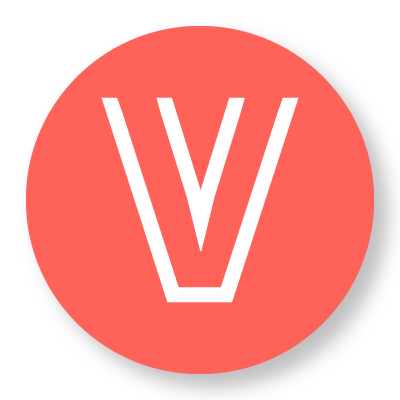 Recent technological advances have unlocked the possibility of a completely digital form of money known as a virtual currency. Proponents claim it promises fast and inexpensive storage and transactions over large distances, sometimes automatically. It’s also less vulnerable to mass theft due to a central administrator being the victim of a cyberattack.

However, it presents unique challenges for financial institutions, such as volatile valuation, fake currency scams, and instances of money laundering that are difficult to track or reverse. So what is a virtual currency, how does it work, and how should financial institutions prepare themselves to handle this new type of digital-only money?

We’ll explain all of this in the following article. First, we'll cover virtual currency’s meaning, including how it differs from the related terms of digital currency and cryptocurrency.

What is Virtual Currency?

A virtual currency is a type of unregulated digital currency, which means it isn’t issued or controlled by a central bank. Instead, it’s typically issued by a private group and exchanged via software and networks run by that group. It has no intrinsic value, so its price is often highly speculative.

Digital currency is a blanket term that refers to any electronic form of money. So the main difference between digital and virtual currency is that digital currencies can also include electronic representations of fiat currencies, such as dollars or euros. As such, they can sometimes be converted to physical versions of those currencies at ATMs or other exchanges.

A virtual currency, meanwhile, is a specific type of digital currency that is entirely electronic and has no equivalent in the physical world. It sometimes does not exist outside of the virtual currency platform or network on which it is used.

What are the Pros and Cons of Virtual Currency?

Virtual currency's purpose is to improve current models of financial value-tracking and record-keeping. Because it’s entirely electronic, it can do this in some ways: it’s lightweight, able to bypass geographic boundaries, and can be managed automatically in some cases. But because virtual currencies are mostly unregulated for the time being, there are concerns about their valuation, security, and legal status.

Here are some of the main advantages of virtual currency:

There are downsides to virtual currencies, however. These include:

When it comes to forms of virtual currency, there are four major categories: closed, open, centralized, and decentralized. We will explain the differences between these groups below.

A closed virtual currency is only meant to be used within the context of the network or application in which it’s found. It may be able to be purchased with fiat currencies or other virtual currencies, but it usually cannot be converted back into these other forms of money. An example is a currency used in an online game; it can be purchased with other types of money but has no value outside of being exchanged for assets in that game (or sometimes other related games).

In contrast, an open virtual currency is one that is given value outside of its origin software or network. As such, it can be exchanged for other virtual currencies, or even some fiat currencies in some instances. Examples include Bitcoin and Ether, two of the most popular cryptocurrencies.

Many types of virtual currency are decentralized. This means that they aren’t issued or administered by a single central authority. Instead, transactions involving them are broadcasted to the rest of the network, which then has to verify and record these transactions by majority consensus. The main advantage of this is that it avoids jeopardizing the system's integrity if a central administrator suffers a security breach.

Bitcoin is perhaps the most well-known open virtual currency. As a cryptocurrency, it runs on a blockchain network, making it a type of decentralized virtual currency. Its inventor is still unknown, as they use the pseudonym of “Satoshi Nakamoto.”

Ether is another popular cryptocurrency, developed for use on the Ethereum blockchain developer platform. Ether’s original purpose was to cover the computing expenses of people keeping Ethereum running so others could use the system to build things like security programs, financial applications, games, and even other cryptocurrencies! However, ether is now a publicly-exchanged cryptocurrency that can be used as payment with certain merchants.

Tether is a centralized cryptocurrency owned by iFinex Inc. It’s known as a “stablecoin” because it attempts to tie its value to fiat currencies. The most popular version is tied to the US dollar, and is traded under the code “USDT.”

XRP is a cryptocurrency primarily used for facilitating international money exchanges, including settlements and remittances. There is debate as to whether it’s centralized or decentralized, as the company Ripple owns most of the supply, and only certain users on the Ripple blockchain are permitted to validate transactions.

‍Minecoins are a type of virtual currency used in the popular video game Minecraft. They can be purchased with fiat money, but cannot be converted back. They can be spent on additional content within the game – such as different character avatars, clothing items for avatars, and access to user-created maps – but have no value outside the game.

How to Perform Fraud Compliance for Virtual Currencies

The overall lack of centralized regulation on virtual currencies has made them popular for criminals wanting to run Ponzi schemes, finance terrorism, or conduct other illegal transactions anonymously and irreversibly. So it is likely that virtual currencies will come under increased regulation in the future, requiring compliance with anti-fraud and AML rules regarding them.

Here are a few general strategies:

The Future of Crypto Regulations: 4 Experts Weigh In
Regtech and Cryptocurrency: Importance, Regulation, and More
Cryptocurrency Fraud: How to Keep Your Crypto Exchange Safe
How to Use Unit21's Link Analysis for Catching Crypto Fraud
Identity Verification: The Complete Guide for Risk and Compliance